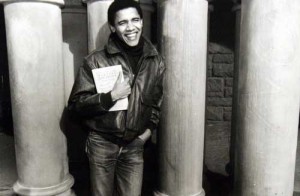 While preparing a research assignment on our country’s first African American president, I was startled to find much of Barack Obama’s records are missing or sealed from the public.

With the Philadelphia School District now officially adopting Pennsylvania’s Common Core Standards, I’ve been spending time this summer developing lessons and assignments for the coming 2012-13 school year.  In particular, I’m in the process of creating a research essay for my 10th graders, one that meets standard CC.1.4.9-10.W—research writing.

My initial idea was to have my 10th graders write about our first African American president—Barack Hussein Obama.  The reason I chose President Obama is because of the “Obama Effect,” the premise that Barack Obama’s presence in office has provided a psychological boost and helped African American students achieve academically.

Using President Obama as a subject might indeed serve to inspire my students.  He is the ultimate role model, and all the things he’s done my students could strive to do: they could work to succeed in school; win scholarships and get awarded financial aid; excel in the Ivy League and go to law school; write scholarly articles as a law professor; and maybe one day become president.

To make this real, to show my students firsthand what the president has achieved, I wanted them to go to the primary sources of all of Obama’s personal and academic history over the years.

But when I began researching Obama’s background for my assignment, through the Internet, books, newspaper articles and other sources, I was shocked to find that most of the things I looked for were either missing or sealed from the public by Obama’s lawyers.

President Obama attended Punahou School in Honolulu, one of Hawaii’s top private institutions.  However, Obama has refused to release his high school transcripts and SAT scores to the public, despite numerous requests by citizens and journalists.

Obama’s financial records at the Punahou School and Occidental College have not been released.  This is an ongoing controversy, because some have suggested that Obama enrolled in Occidental College as a foreigner (not a U.S. citizen) to receive aid reserved for foreign students.  World Net Daily writes:

In a legal action, handled largely by Gary Kreep of the U.S. Justice Foundation, officials at Occidental College were served with a demand to produce records concerning Barack Obama’s attendance there during the 1980s because they could document whether he was attending as a foreign national.

Kreep petitioned the college with a demand for its records concerning Obama.

Obama’s lawyers had the petition thrown out.  Both Obama’s Occidental College transcripts and financial records remain sealed; the Obama “foreign national” issue popped up again this spring when a 1991 booklet published by Obama’s literary agency surfaced listing him as being “born in Kenya and raised in Indonesia and Hawaii.”

In 1981, at age 20, Obama transferred from Occidental College to Columbia University.  His transcripts at Columbia also remain sealed.  According to a September 2008 story in the New York Sun:

The Obama campaign has refused to release his college transcript, despite an academic career that led him to Harvard Law School and, later, to a lecturing position at the University of Chicago. The shroud surrounding his experience at Columbia contrasts with that of other major party nominees since 2000, all whom have eventually released information about their college performance or seen it leaked to the public.

Obama’s Harvard Law School Records are sealed.  So are his LSAT scores.

Obama lectured at the University of Chicago Law School from 1992 until 2004.  Reporters have been unable to find any scholarly articles authored by him.

Obama’s fully visible passport has not been released (in 2010, the White House posted a partially blurred version on their website).

Needless to say, learning that so many of President Obama’s records are sealed or missing was quite startling.  This will clearly change the direction of my research assignment.  Perhaps I will require my students to read one of Obama’s two memoirs—either Dreams From My Father or Audacity of Hope, although Obama himself has admitted that these books are not wholly factual and based on “composites,” shaped and rounded by him and his editors to evoke just the right emotions from readers; some even suggest Obama’s two memoirs were ghost written by a third party.

It would be quite disheartening to learn that the Obama Effect is based on a hoax.  I guess I’ll have to make some adjustments to make my research assignment on Barack Hussein Obama work.

View all posts by phillystyle71